Rated R for a few occasions of toilet talk. 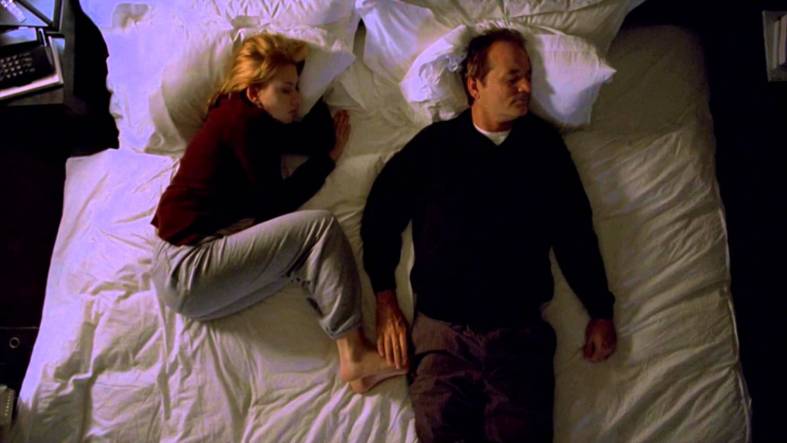 Trek to Japan to shoot booze ads and find your unrequited love interest in the 31st edition of the Next 100 Project. Bill Murray and Scarlett Johansson are a wonderfully matched duo in Sofia Coppola’s masterwork. Dry comedy, fish out of waterness and what about that whisper at the end? Take it all in after you cozy up to Sparkplug Coffee!

For The Record: It’s Nancy Steiner, not Streiner. Also, Notorious was released 70 years ago, not 60. Also also, Mystic River was of course a 2003 Oscar front-runner just as much as Lost In Translation was.

What the director actually says to Bob Harris

Links to: The Graduate and The Godfather and Ghostbusters and The Virgin Suicides and LOTR: ROTK and Her and Under The Skin

YouTube clips: Their first meeting and “for relaxing times…” and karaokeing and laying in bed together and the whisper at the end and the Coppola family celebrates Sofia’s Oscar win

Previously on the Next 100 Project: Stand By Me

September 19th on the Next 100 Project: Notorious