Goodfellas (56:59) Rated R because Joe Pesci made us swear. 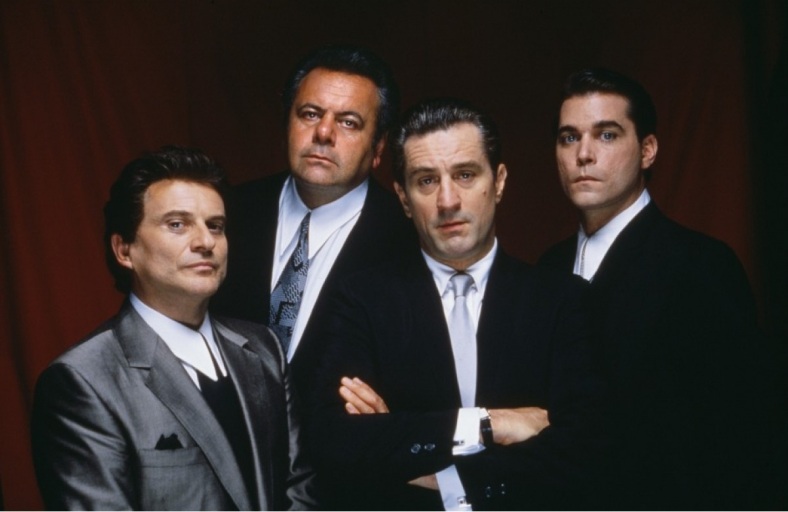 We begin the ’90s with one of the most fun gangster movies ever put on film: Martin Scorsese’s Wise Guy! De Niro, Pesci and Liotta are criminal scumbags, but they seduce you into loving them anyway. This one has just gotten better in 25 years. Podcast heaven awaits you! Check out Sparkplug Coffee for your energy boost, then snort up our lines…so to speak.

For The Record: Goodfellas scored badly during test screenings, not in previews. Also, the “funny, like a clown” scene happened to Joe Pesci as a young man, not Al Pacino.

YouTube links: “funny, like a clown” and Billy Batts’ suffers for requesting a shoeshine and Spider feels Tommy’s wrath and Tommy takes a bullet to the back of the head

August 31st on the T100P: Dances With Wolves