Family film or not, we’re rated R for a few mouth-washable words. 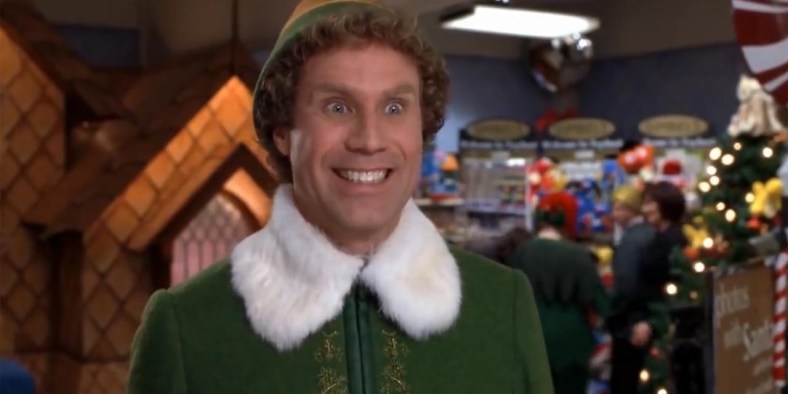 Joyous Christmas Eve and such from the Elliseseseses as we explore Will Ferrell with his comedy phasers set on hilarious in this Next 133 Project podcast. This is a textbook example of an actor doing great work in a role that few others could even play at all. Despite some third-act problems and a miscast (and possibly disinterested) James Caan, Elf is a true Christmas classic. It’s sweet, consistently entertaining and deliciously quotable. We discuss Buddy’s superhuman talents, whether or not Walter truly is the jerk he first appears to be, and the controversy about “Baby, It’s Cold Outside”. Order up some Sparkplug Coffee and nail that 10% discount by entering “top100project” as the promo code at check-out. Thanks for another fun year, gang. See you in 2019!

Links to: It’s A Wonderful Life and A Christmas Story and Bad Santa and The Christmas Chronicles and Iron Man and The Last Man On Earth TV show

YouTube links: Buddy is a cotton-headed ninnymuggins and the brawl with Santa and the snowball fight and the angry elf and Santa Claus is coming to town

Previously on the Next 132 Project: Mary Poppins

In 2 weeks on the Next 134 Project: Heathers