Rated pretty darn R, which is as it should be. 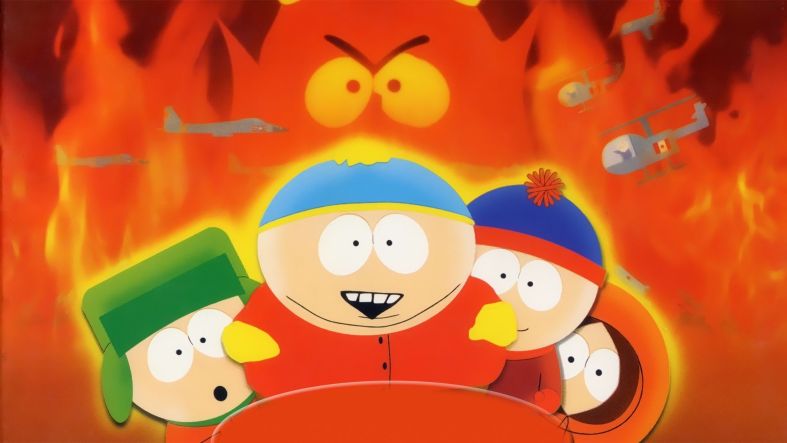 August is a perfect time to jam about an R-rated animated musical that remains funny, smart and controversial 21 years after it was released. Trey Parker & Matt Stone’s South Park movie is as far from a Disney picture as it gets, but it’s also about as meta as it gets. There’s clever text AND subtext here. It’s also more than happy to rag on political correctness while not being at all politically correct itself. Some things haven’t aged very well though. Woke people won’t be happy. It’s never a stretch to say that Parker & Stone sometimes go too far, but their tale about the Colorado kids is filled with more sharp satire than just about any other movie you’ll see. And those songs! There are more than a half-dozen stupendous tunes in this. So get a homeless guy to pay for 4 tickets so you can punch the play button on the 356th episode of The Ellises’ Analysis, m’kay.

Well, Actually: Marc Shaiman’s name should be pronounced “shay-man”, not “shy-man”. Also, the Columbine shootings happened on April 20th, so the school year still had about 2 months to go. Also also, Scary Movie 2 had a hard R rating (it certainly wasn’t PG or PG-13). And finally, what’s censored in “Blame Canada” at the Oscars is not the line about Anne Murray, it’s “now when he sees me he tells to [blank] myself”.

Sparkplug Coffee, you uncle…lovers. You gotta get some! Ryan’s cousin Brett “Cartman” Huether is back and he’ll give you all the deets, one of which is that Sparkplug offers a 20% discount for those who use the “top100project” promo code at checkout.

Trey & Matt in their Lopez & Paltrow dresses at the Oscars

Robin Williams’ performance of “Blame Canada” at the Oscars

Links to: the TV show and Tarzan and The Simpsons Movie and Book Of Mormon

Previously on The Ellises’ Analysis: Midsommar