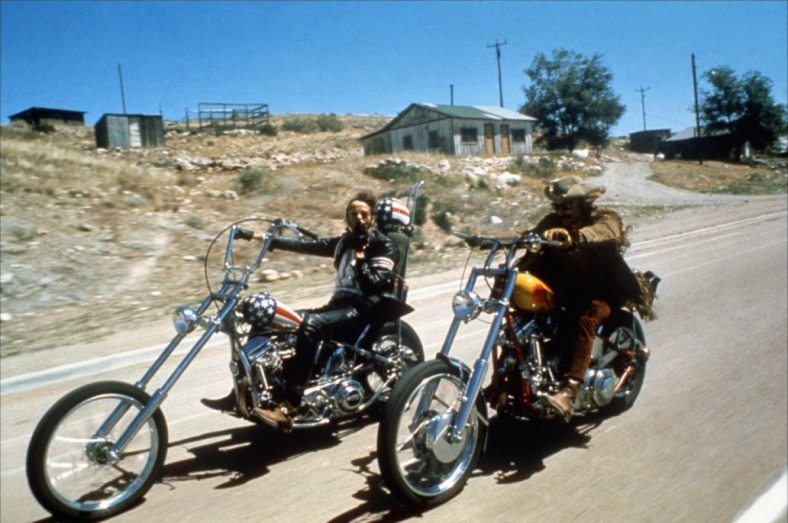 Get your motor runnin’ because our 77th edition revs up the hippy bike movie. Jack Nicholson became a star, Peter Fonda became the icon of cool and Dennis Hopper became a madman (and he also directed one of the most influential films in history). If you want to know what we thought of this ‘un, don’t blow it like Billy & Wyatt. Listen! Also, go get yourself some Sparkplug Coffee!

Links to: Terry Southern and Jane Fonda and daddy Henry

Links to: The Grapes Of Wrath and Midnight Cowboy and Bonnie And Clyde and The Graduate and The Last Movie and The Limey

YouTube links: “Born To Be Wild” and Fonda breaks character and laughs at the fireside (at the 4:25 mark) and The Weight montage and Nicholson’s fireside scene and the acid trip in the graveyard and “Why don’t you get a hurr-cut” and Fonda’s speech about the `60s in The Limey

Next week on the T100P: Butch Cassidy And The Sundance Kid