Rated E for everyone, although your kids probably don’t want to listen to us gab about a 95-year-old silent vampire movie anyway. 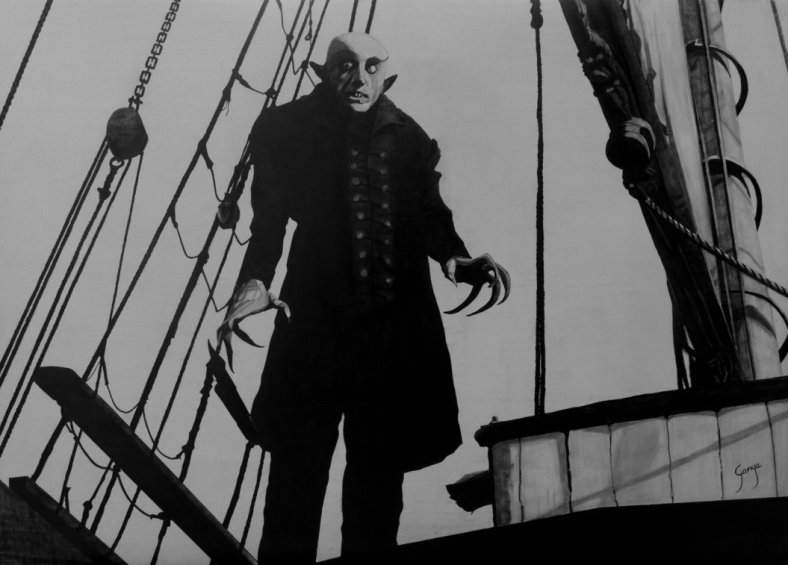 The 53rd Next 100 Project podcast finds us delving into vampire action of the silent-movie kind. Max Schreck remains one of the creepiest blood-suckers in cinema history and he, and the overall atmosphere, are clearly the best things in the flick. F.W. Murnau directed a few classics, but this is his classic-est. Stay awake with some Sparkplug Coffee as you digest our bloody thoughts!

Links to: The Cabinet Of Dr. Caligari and Sunrise and Frankenstein (1931) and Dracula (1931) and Nosferatu The Vampyre 1979 and Bram Stoker’s Dracula (1992) and Shadow Of The Vampire

YouTube links: Orlok comes a-callin’ and the creepy rise from the coffin and the shadow of the vampire and the death of the vampire

March 13th on the Next 100 Project: Raising Arizona