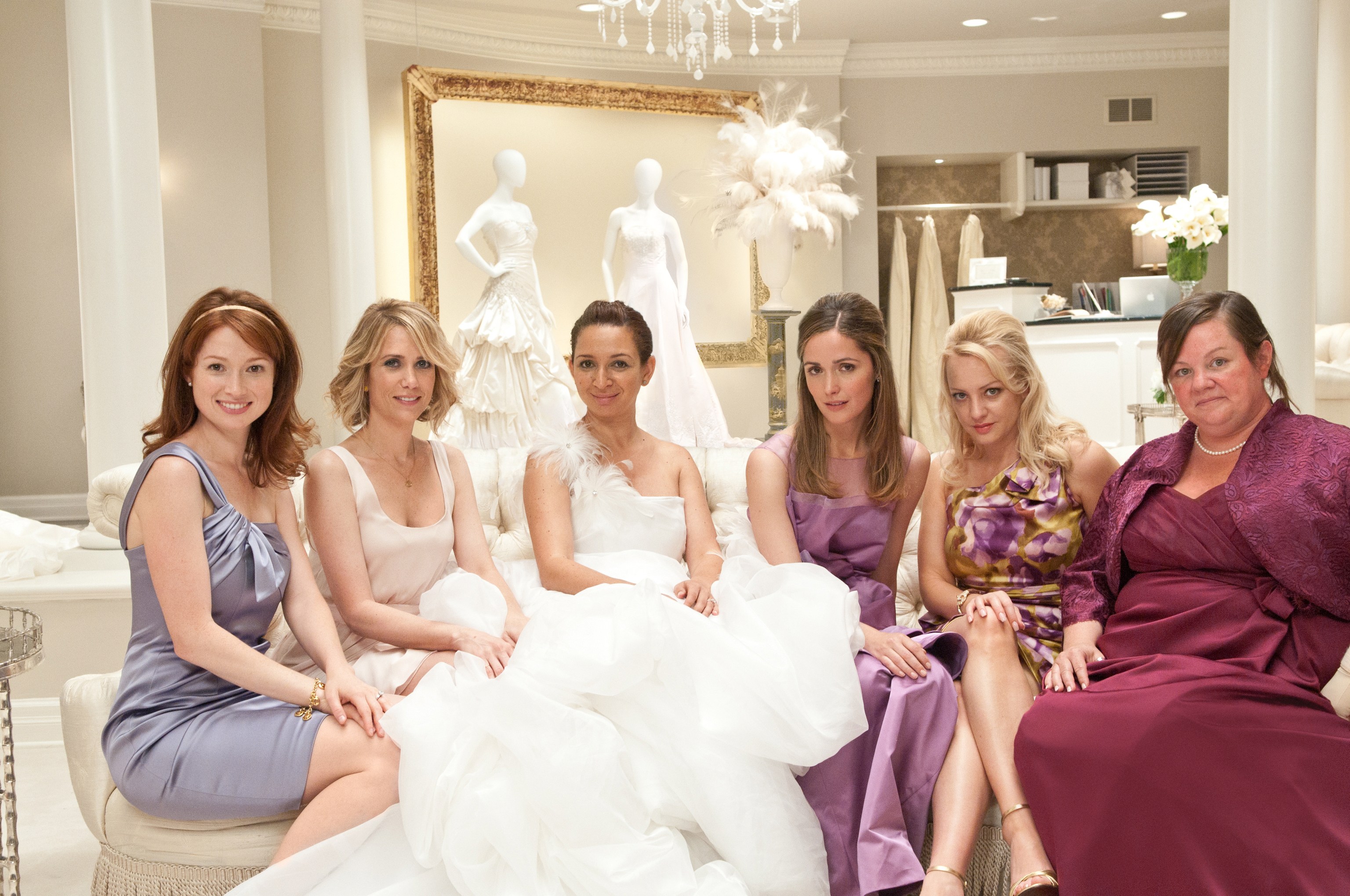 We kick off 2021 and we also begin the 6th Annual Month O’ Bev with an extensive discussion about the funny-lady flick Bridesmaids. Wait, hold on. Women can be funny?! Well, we crapped all over that tired old chestnut, but we also, conversely, admired the serious angles this movie often takes. The ending might seem upbeat, but the future might not be so rosy for these “friends”. We debated if this is a film for women more than it is for men, we disagreed about the necessity of the gross-out scene and we got pretty deep into the fierce but childish competition between Kristen Wiig & Rose Byrne. So stop clinging to the past and no more mourning your failed business. Just hold on to both “one more day-ay” and to the 375th Ellises’ Analysis as we spend over an hour hashing out Paul Feig’s comedy smash.

Well, Actually: Another movie Judd Apatow produced that received an Oscar nomination was Begin Again (“Lost Stars” for Best Song). Also, at the 27:30 mark, Ryan says “the Helen we’ve seen through most of the movie” should have been “the Lillian we’ve seen” instead. Also also, Wiig has written a 2nd screenplay with Annie Mumolo, but it isn’t scheduled to be released until sometime in 2021. Finally, Apatow surprisingly didn’t have a hand in making I Love You, Man.

Sparkplug Coffee is the ideal aid for your post-wedding hangover. They’ll ship you delicious beans and give you a 20% discount if you type in our promo code (“top100project”).

Hey, we tweet from time to time. We’re @moviefiend51 and @bevellisellis

Links to: The 40 Year Old Virgin and Knocked Up and The Hangover and Spy and Saturday Night Live

January 11th on The Ellises’ Analysis: Hedwig And The Angry Inch