Rated R for some strong language. 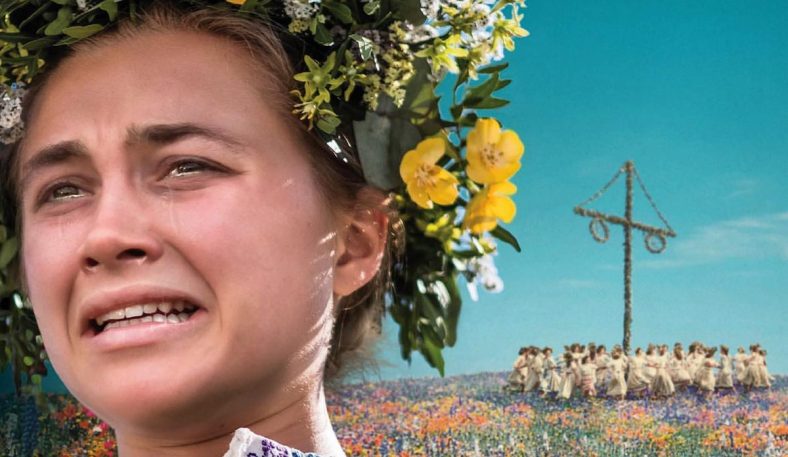 Our 355th episode closes out July with the ideal movie for the middle of the summer…Midsommar! Ari Aster’s provocative breakup movie isn’t as outstanding as his marvelous debut, Hereditary, but it’s got a lot of meat on the bear-bone. And if you enjoy foreshadowing in your films, you’ll be in heaven with this one. Geez, it’s painted on the walls! Both of us do have major problems with the ending, even though our issues aren’t entirely the same ones. We have no complaints about the work of the remarkable Florence Pugh…even if some of the things Aster has her do don’t make sense for her empathetic character. Ryan stirs up the muck again by having sympathy for the devil—justice for Christian!—and even some sympathy for this movie’s real villains (those goldurned Swedes). But as a certain book says, judge not lest you…know the rest. So smile as people die a fiery, horrible death because revenge is now…uh, something to celebrate?

EXTRA THOUGHTS: Bev mentioned that Ryan has a theory, but we didn’t get into it. This is half-baked, but Dani’s character in Midsommar is Annie’s mother in Hereditary…although obviously both movies are set in the present, so it can’t literally be a prequel. Dani grows up to be the awful mother who sics demons on her grandchildren. Yeah? Also, despite what we said, Dani obviously DOES have relevance to the plot in the last act because she chose Christian, but the question then becomes…would the Swedes just kill Christian regardless because they can’t let him leave? So, in a way, Dani doesn’t have any agency in this movie even when it seems like she does.

When day turns to night, but it remains light outside, your best move is to guzzle Sparkplug Coffee. They have more than just java, but if you like to save 20%, you’d be a wise queen (or king) if you applied our promo code “top100project” at checkout.

Tweet at us from Sweden or from anywhere. We are @moviefiend51 and @bevellisellis

Links to: Hereditary and The Wicker Man and The Texas Chainsaw Massacre and Fight Club