Rated R for a few spittles of rough wordplay. 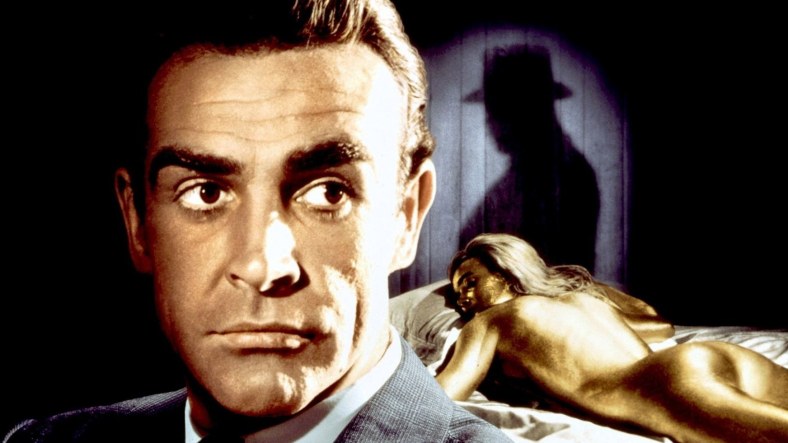 “Controversy Month” wraps up with the Next 162 Project as we analyze the greatest of the classic 007 flicks. Beloved as it is (especially by the AFI), it’s also troublesome because of James Bond’s staggeringly terrible sexism. Dude’s a flat-out rapist in this movie, but the power of his loins convinces his victim to become a hero, so….that makes it okay? Well, of course not, but we spend some time on that issue. No one can argue that the film was a monster hit and it finalized the template that the first 2 Bond pics had already started to establish. This one is equal parts exciting and silly…and the silly brought about some Reasonably Good Questions. So settle back with a shaken martini, put your Sean Connery pants on (lest he slap you) and dig into the goooooooooooold!

Sparkplug Coffee time! To get a 20% discount off some genuinely great java, use our promo code at check-out (“top100project’).

For The Record: Bond was #3 on AFI’s Heroes & Villains list, but it was officially for Dr. No, not for this film. Also, Shirley Bassey didn’t sing the theme songs for the next 2 Bond flicks, but she did sing in future 007s. Also also, 6 men have played Bond, not 5 (Connery, Lazenby, Moore, Dalton, Brosnan and Craig).

Links to: Singin’ In The Rain and Die Hard With A Vengeance and Goldeneye and Austin Powers and The Bourne Identity

YouTube links: Opening credits and 007 in Miami and Goldjilly and “No, Mister Bond, I expect you to die” and Auric explains the plan and “no, no, no vs. yesh, yesh yesh” and Bond v Odd Job in Fort Knox and the ending

Previously on the Next 161 Project: Mother!

September 9th on the Next 163 Project: The Rules Of The Game