Rated R, but we only used one F and a handful of  S words. 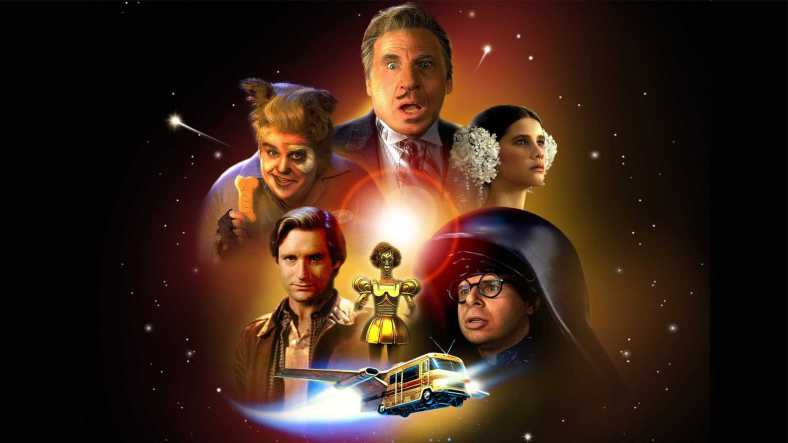 May the 4th be with you! Since it’s Star Wars Day and we’ve already covered the Original Trilogy (look for those eps way back years ago on this channel), this seemed like a good time to jazz about a spoof of the most famous movie franchise ever. Like all Mel Brooks movies, Spaceballs is 20 light years away from being perfect, but it remains goofily funny and quotable. Rick Moranis is also the greatest thing since sliced schwartz. Bev adored this flick when she was 10 years old. How about now when she’s…let’s say a few years older? That question and at least 2 others will be answered in detail, so strap in your mawg, fly your Winnebago at fast-but-not-ludicrous speed and guzzle down our chatfest about one of the silliest movies ever made.

Well, Actually: John Gielgud (co-) directed 1 movie, so he’s not known primarily as film director. Also, Robet Lopez co-wrote “Let It Go” from Frozen, but he didn’t write the screenplay (which is probably how it sounded). Also also, Daphne Zuniga has worked a lot for nearly 40 years, but it’s just that most of the titles on her resume aren’t as memorable as this movie.

If you like helping out our sponsor—but more importantly if you dig great coffee—then head over to Sparkplug Coffee. Buy whatever you need for your morning joe, but don’t forget to use our promo code (“top100project”) before you settle up. That’ll get you a onetime 20% discount.

Links to: The Producers and Young Frankenstein and Blazing Saddles and Star Wars and The Empire Strikes Back and Return Of The Jedi

Previously on the Next 193 Project: To Die For

May 11th on the Next 195 Project: Comedies We Love