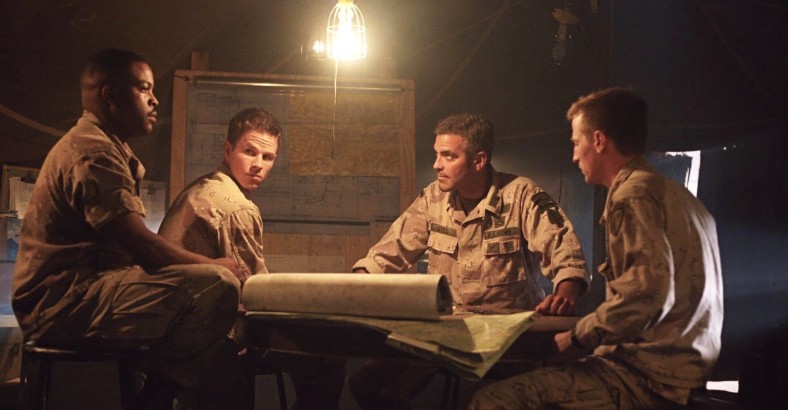 To honour Veterans/Remembrance Day, the Next 171 Project harkens back to the Gulf War to dig into the rare war comedy that succeeds at both being funny and shooting stuff up. Writer/director David O. Russell’s moderate success helped firm up the acting cred of his Three Kings: George Clooney, Mark Wahlberg and Ice Cube, all of whom are huge power-players in the industry now. And let’s not forget the fourth king, Spike Jonze, who was directing Being John Malkovich this same year! Anyway, their film is unfortunately still very relevant and has even more depth & meaning than it did 20 years ago. It’s a movie of contrasts, which is a plus, but a bigger plus is that this picture spends a lot of time with Iraqi civilians (the true victims of this war…or any war). So call your gooney bird from deep inside a bunker and learn some hard lessons about morality, as these characters certainly do.

Sparkplug Coffee is a great way to wake up for that early-morning raid in the desert. A discount of 20% will be yours if you use our promo code (“top100project”) when you head to the check-out.

For The Record: We stand by the statement that most movies about the wars in Iraq and the quagmire in Afghanistan haven’t been all that great, but there ARE some excellent documentaries about those “adventures” (No End In Sight and Fahrenheit 9/11, to name a couple). Also, check out John Ridley’s Oscar win to see that he & Russell must have made peace since making this movie. Also also, we didn’t discuss this Reasonably Good Question: even if their gold thievery had gone off without a hitch, how were the guys ever going to get all those bars out of Iraq without being caught?

Links to: Dr. Strangelove and Saving Private Ryan and Ocean’s Eleven and Jarhead and W. and Silver Linings Playbook and American Hustle

YouTube links: Russell shouting at Lily Tomlin and “are we shooting?” and “we can all agree there are many excellent black quarterbacks” and the exploding milk truck and “many nations working together” and Troy gets interrogated and fixing Troy’s chest wound and the climax

Previously on the Next 170 Project: Precious

November 25th on the Next 172 Project: The Muppet Movie