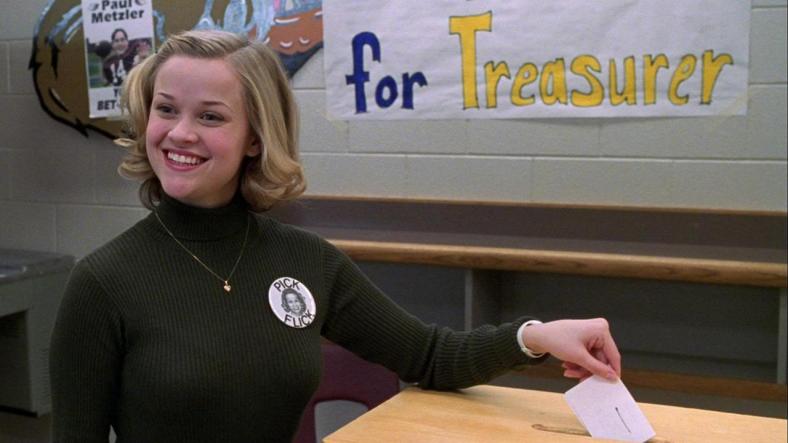 It’s Election Week in the U.S., so here’s an appropriate movie to review. The 38th Next 100 Project podcast takes a good look at the American horror show that finally ends on November 8th (or does it, really?), but our real focus is of course on Reese Witherspoon and Matthew Broderick. Alexander Payne’s comic direction is at its peak. Caffeine up with some Sparkplug Coffee, then pound this podcast into your earholes!

Links to: Ferris Bueller’s Day Off and Citizen Ruth and Freeway and Pleasantville and Sideways and The Descendants and A Serious Man and Nebraska

YouTube links: Jim manipulates Paul into running for prez and Tracy declares war on Paul and Tammy rocks the boat in her speech and Tracy lies about the posters and Jim sees Tracy in D.C.

Previously on the Next 100 Project: The Omen

November 14th on the Next 100 Project: Three Colours trilogy